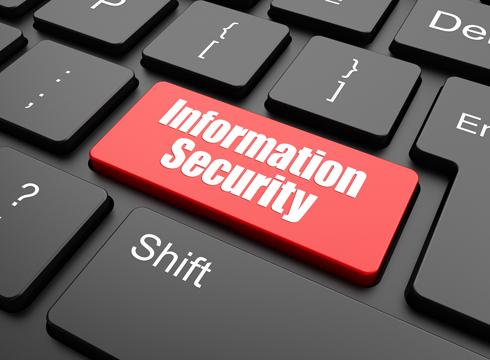 Why automation and scalability in Security is important for the success of your Cloud Journey!

Before we jump into the security automation discussion, let’s start with the two key characteristics of Cloud Computing which are closely related to automation and scalability:

As we all know, Information Security is always seen as the challenge with public cloud consumption. According to the “State of Cloud 2014” survey conducted by RightScale (“RightScale is a SaaS based organisation that sells automation and orchestration tools for managing cloud infrastructure.”), Security still remains as the top challenge among the organisations starting their Cloud journey. But the organisations that have significant experience in using Cloud technologies seem to be confident with the way they manage their security in cloud.

Another major concern, according to the report, is Compliance: achieving compliance in the shared responsibility model is always a challenge. In the Cloud Computing world, Security is a Shared Responsibility, in the case of IaaS, the vendors will manage the security up to the virtualisation layer and from OS and above, it is the customer’s responsibility to ensure that they have security tools in place to protect their data and manage compliance.

Whether we are in traditional datacentre world or in a public cloud world, security is often seen as a roadblock for an organisation’s innovation and speed to market. Things from security perspective become more complicated with the invention of cloud computing. For the product teams and  developers it is much easier to build and test their solution without major infrastructure deployment hurdles since the build of the infrastructure can be written as a code and managed by the developers but bringing the solution to life is always seem to be a problem due to the involvement of security. In most cases, product teams/developers are really worried in engaging the security due to the complications involved in explaining the way cloud services work, change management difficulties, firewall rule approvals, security design reviews and security testing. All these security related processes are manual and time consuming, and it will take at least few weeks for these processes/tasks to complete. These delays will then lead up to “C” level escalations for security exemptions and sometimes you will find unapproved applications running within the production environment which open up security risks to the organisation.

Things are getting even worse due to the introduction of DevOps, continuous deployment and continuous integration teams in many cloud savvy organisations. Security is still playing catch-up game with DevOps methodologies.

All these security related challenges impact the irresistible benefits such as cost savings, agility and speed to market offered by the Cloud. “C” executives are always interested in achieving these cloud benefits even at the cost of a secure solution.

Is there a way to achieve cloud benefits while meeting the security and compliance requirements?

I would say “Yes”, Security is not something special; it should be part of the continuous deployment model. Security controls and processes should be automated wherever possible in order to maintain the agility and self-service.

Cloud application architecture is different to the traditional datacentre or virtualized architecture. In the traditional world, everything is behind the firewall, rate of change is slow, limited or no ability to scale up or down but in Cloud, you have auto scaling, machines with very short lifespan, continuous automated deployments, API driven and the concept of “pets vs cattle”. Cloud is easy to automate without network and hardware dependencies, distributed environments and accessible from anywhere.

Let’s discuss a few methods on how you can automate the security controls and processes:

Security architecture and design patterns provide solutions for repeatable problems. These patterns provide significant benefits such as improved productivity, repeatability, agility, consistent security and quality. They reduce unnecessary document review time intervals since the patterns are pre-approved, only the deviations need to go through the exemption process. Examples of common security patterns are:

These pre-approved patterns and the security controls listed in the patterns can be part of the continuous integration process and can be implemented via automation tools.

One of the prime roles of security operations or SecOps is continuous logging and monitoring of security events for incidents. This is not something new for security operations but in the world of automation and orchestration, most of the communications are happening via APIs.  As a SecOps person, you should know who made an API call and what resources or services were consumed in the API call. Also, security operations should ensure that they have a logging and monitoring system in place, which supports API logs and also have the ability to pull and process the logs supplied by the cloud vendors. For example, a public cloud giant Amazon Web Services (AWS) supplies customer with API logs for most of its services and this service is called “CloudTrail”. These logs can be used to:

Most of the major logging and monitoring solution vendors such as Splunk, Alert Logic and SumoLogic support the integration with AWS CloudTrail service which makes security operation’s job much easier.

To sum it up, by automating the security functionalities and processes, you can achieve the following benefits:

Note, security is not just about perimeter or firewalls and patching, those days are gone in cloud. It is a shared responsibility between the cloud vendor and the customer. By automating the security, organisations can achieve their cloud benefits and also maintain their security posture.